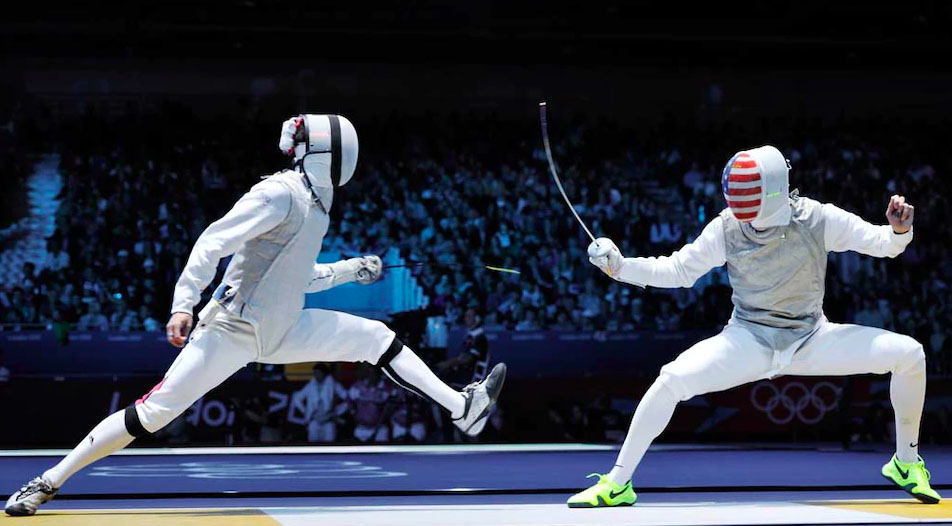 Fencing is one of only four sports that have been on every modern Olympic program since 1896. The men’s foil and saber events were on the 1896 program and the epee was added in 1900. But, because of major disagreements about the rules, France and Italy refused to compete in 1912. The Fédération Internationale d’Escrime, founded in 1913 to standardize rules, is the governing body for international fencing, including the Olympics.

There are different sets of rules for the three weapons, reflecting the differences in technique that grew out of their historical background. In foils and epee, a touch can be made only with the point of the weapon. The entire body is a valid target for the epee, but in foils a touch can be scored only on a limited target area. In saber fencing, a hit may be made with the point, the cutting edge, or the forward third of the back edge.

Fencing is a difficult sport to judge, since it’s necessary to determine, first, whether a hit was made and, second, which came first when the two fencers score hits almost simultaneously. The electrical epee was introduced at the 1936 to score hits automatically. Electrical scoring for the foil was added at the 1956 Olympics and for the saber at the 1992 Olympics.